It has been a busy week for Google with the release of a new smartphone the Pixel 6a, they also teased the upcoming Pixel 7 and Pixel 7 Pro. Having a busy week hasn’t stopped Google from doing more. Google has also provided major updates on Google LLC apps such as Maps and Translate and also the revival of the recently killed Wallet.

With all the fun Google released the Android 13 Beta 2 which Pixel devices will be receiving right away. Are you a Pixel user? You should enroll for the 2nd beta now!

Well, it’s not just that the fun is for Google Pixel users only as other brands also joined the initial 2nd beta rollout(refer to the image above). 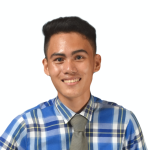 Hi there. I'm a developer for Android with baseline in Java. I am also a web developer and a Photographer. Feel free to ask me, I would be happy to answer it. vegasj076@yourandroidpedagogue.com.