There are a lot of factors that people consider before breaking the bank to get a smartphone. While most of them are the internals of a phone, what really matters the most is the user preference — it’s not always with the specs. And what we have here is the true definition of outer beauty — the OPPO A57 4G.

“The time I got reincarnated as a better me” (well, not exactly).

Before anything else, we’d like to clarify that, yes, it’s the second time we’ve seen an OPPO A57 in the market. The first one was released in 2017 with the same model number and what we’re seeing now is the latest iteration of the device.

The OPPO A57 4G comes with a set of inclusions along with the phone. Inside the box, you get the phone itself and the 33W SuperVOOC charger alongside the USB Type-C cable. (Yes, it has a charger. It’s definitely something you wouldn’t want to miss given that smartphones nowadays don’t come with chargers out-of-the-box)

Aside from that, you get a SIM ejector pin, a quick start guide, a safety guide, and a FREE Jelly Case right off the bat.

At first glance, the first thing that’ll try to catch your eye is the phone’s attractive back panel. OPPO calls it the “Glow Design” and it really looks compelling to the eye. In fact, we are mesmerized by just looking at it. The phone is easy to grip, and compact to the hands, and the texture’s not slippery too, so that’s a plus.

In front is an enormous 6.56-inch IPS display in HD+ resolution. It has a waterdrop notch for the front-facing camera and Panda Glass protection for a more durable experience. The display is very bright and sharp, and the externals are well-made for entertainment, especially the speakers — they provide a surround cinematic experience.

On the sides of the phone, there’s a volume rocker below the SIM card slot on the left and a capacitive side-mounted fingerprint scanner on the right that also acts as the power button. On the bottom, you get a 3.5mm headphone jack joined by a USB Type-C port and an Ultra-Linear Stereo Speaker.

On the software side, the OPPO A57 boots on an Android 12-based ColorOS 12.1. It’s a bit sluggish at first, considering the fact that it only has 4GB of RAM but as time passes by, it gets smoother and smoother — at least in our experience. The system is bloated though, and the icons are kind of bland but the interface looks refreshing to the eyes — this is coming from a first-time OPPO user.

As for the performance, well, the OPPO A57’s Helio G35 processor is not bad for casual use. You can play lightweight games on it (definitely not the heavy ones), and watch several series on Netflix to pass time, you can only watch them at 480p resolution though — and we’re quite disappointed.

The OPPO A57 virtual RAM support is good for multitasking and it expands up to 4GB. Speaking of memory capacity, the microSD slot is able to expand up to a whopping 1TB. Albeit, it would lighten one’s wallet.

The OPPO A57 has a dual-camera setup on the back, consisting of a 13MP primary and a 2MP secondary. At the front is an 8MP camera downgrading to the 2017 version which came with a 16MP camera and is mainly sold for selfie lovers.

The main camera is pretty decent although oversharpened. We can still say the results are impressive for a 13MP shooter as other high MP cameras can produce a far worse output. It is vibrant and lively but the dynamic range is a little unbalanced. OPPO’s probably trying to mimic higher MP cameras and so the 13MP of this has an existential crisis.

The front camera is terrible. It lacks quality, has a very pale color reproduction, and overall, it is soft. The only good thing about it is that it has a wide angle and is able to provide fast face recognition but for a phone that competes well with phones like the Redmi Note 11, this is a hard pass.

The portrait mode is hit-and-miss. Sometimes, it overextends and there is a level of bleeding when the AI algorithm tries to separate the subject from the background. You can adjust it before taking the final shot although the phone will constantly suggest being at least 3 meters away for “better effects.” In our experience though, regardless of distance, the application of the blur remains the same. It is okay-ish for social media but definitely not for more professional takes.

The OPPO A57 is able to provide long-lasting entertainment, thanks to its 5,000mAh battery. The 33W charging brick will surely bring a new life to your charging habit because it charges from flat zero to half a hundred percent in just thirty minutes and it’s remarkably fast!

The OPPO A57 4G has the looks that a fellow Gen Z would love. From its compact size to the premium feel, you name it — there’s always a thing to get hooked on. The internals of the phone might irk some but not all.

The OPPO A57 4G has a starting price point of PHP 8,999 for the base 4GB and 64GB memory configuration and PHP 10,999 for twice the storage. The phone sports two colors, ranging from Glowing Black and Glowing Green, and is now available in stores nationwide.

A review by Brahm Daniel Verano and Raphael Briones.

Advertisement. Scroll to continue reading.
In this article:Reviews 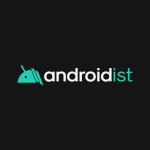 Team Androidist is Androidist's staff account for select contributors and brand features. It also contains Press Releases. You can get in touch with us at [email protected]

Truly a display of style and performance.

TCL… a company known for making affordable appliances, mostly televisions. They are also known for delivering Android Blackberry phones globally, including in the Philippines,...

Compact in size, complete in features.