TCL… a company known for making affordable appliances, mostly televisions. They are also known for delivering Android Blackberry phones globally, including in the Philippines, as well as manufacturing displays for other manufacturers.

After breaking off with Blackberry, TCL launched its own line of smartphones. Displays are the main selling point and the TCL 10 5G proves this prowess as it’s gotta be one of the best displays in the budget segment.

Oh before we get to the review proper, here are the specs of the TCL 10 5G:

If you want to read the full review, head over to Technophile‘s website.

WHAT’S IN THE BOX?

The box is nicely arranged. Each of the components, from the clear case itself, down to the charger, has its own tiny box which I honestly like. It contains the basics, an 18W charger, some paperwork including warranty cards, a SIM ejector tool, a clear case, and the phone itself. I actually got the hard case and the ROMOSS power bank for free when I bought it at SM North Edsa, which is pretty cool.

The phone’s back is 100% made of glass with a gradient finish. The colour we have for the review unit is Chrome Blue. I honestly like the bar-shaped camera and the squarish fingerprint scanner. It has a punch-hole accompanying the 16mp front camera.

The screen is one of its main selling points and I’m quite impressed with it, especially how TCL implemented its proprietary NXTVision display enhancement feature that allows you to control the phone’s temperature, vibrance, and sharpness to your liking, something only AMOLEDs have. It also has HDR10 support that’s also rarely seen on IPS LCD screens.

The display is bright and sharp both indoors and outdoors. It has its own sunlight enhancement that allows the phone to remain bright and viewable even if under the sun. This is of course, with NXTVision active.

The screen becomes slightly paler and dimmer if you don’t have it on and activated, though the settings for it already tells you that.

There are four cameras at the back, the main one is a 64MP Samsung ISOCELL GW1 sensor with PDAF and EIS, the other three are the 8MP ultrawide camera, 5MP macro, and 2MP depth sensor for those beautiful portrait shots. The front camera is 16MP sitting on a punch-hole (which TCL calls as “dotch” display).

The performance of the 64MP main camera feels like it came out on a phone with a price range of Php15-20K and returns with sharp details, real-world-accurate colors, and a high dynamic range. Though there are times I notice there is an unusual bluish tint in some parts of the image but it’s nothing like photo enhancement software can’t fix. Take note that the phone originally was priced at Php 16,990 before dropping down to a steep Php 8,990 (as of this writing).

The Ultrawide camera is inferior to the main camera is paler and less detailed in comparison. The ultrawide camera should only be used if it’s needed. The quality can be hit or miss, but it mostly is a miss in my testing.

When I tested the Macro camera, I went with close-up and about a 50m distance, similar to the ultrawide test, just to see the quality of it.

The Macro camera is almost useless to use since the colours are washed out, there is a lack of detail, and can be a little noisy. At a distance of 50m, it’s unusable and the picture is blurred.

When you use it upclose, just how it is intended, the photo quality is slightly more redeeming but the colors are paler and the blurring applied to the image is inconsistent and the camera couldn’t tell the background from the foreground at times. I recommend using the main camera for close-ups since you will get the same effect yet better results. Take note that the main camera does not blur close-up shots for some unknown reasons.

The selfie camera is located on the top left corner of the phone and as we mentioned before, has a resolution of 16MP. It can also take portrait shots even without the depth camera. This is done by software post-processing.

Anyway, going back to the selfie camera, the phone is quite capable on taking selfies. It is lively and highly detailed. You can even see our tiny tiny pores or acne (I really have to get my face cleaned sometimes haha). The picture also returns sharp and with decent-enough lighting, and world-accurate color reproduction.

The TCL 10 5G is equipped with a 5G-ready 7nm Qualcomm Snapdragon 765G paired with 6GB RAM and 128GB internal storage. It is expandable via a MicroSD card of up to 1TB. It does not have the fancy Dynamic RAM other manufacturers have though. A phone with this chipset is a rare sight and is mostly seen on more expensive phones.

One feature I love about the phone is the seamlessly smooth and nearly bloat-free UI. It kinda reminds me of the good ol’ OxygenOS in terms of appearance and features. It’s simple and user-friendly. Though, unlike other phones, customization with the UI is far more limited. You only get two pre-loaded themes and six wallpapers by default to choose from. You also cannot add an analog clock widget for some reason.

Here are the Benchmark scores for the TCL 10 5G

These are scores typical on a phone with Snapdragon 765G. With a score like this, it’s a safe bet you can play the majority of games available on the Play Store, Genshin Impact included (though the game will run smoothly only on LOW graphics).

Using a benchmarking tool called “PCMark”, I tested the battery endurance. The phone took about 11 hours before it dropped from 100 to 20% and the temperature throughout stayed nearly consistent (except with some slightly higher increase in the Pass 50 mark).

11 hours is typical for a phone with 4500mAh battery, and I suspect that background apps and NXTVision might have helped it last less.

Using the 18W charger, I clocked the phone’s charging rate. I emptied the phone’s battery down to 1% and then plugged it in. In my testing, the phone charged from 0-100% in 2 hours which is abysmal for the introductory price, but average in its current standing.

The phone has two bottom-firing speakers with a Hi-Res chip inside. In theory, this should make your sound immersive especially with headphones on. This of course, depends on the app you’re using so to keep things consistent, I tested the sound via YouTube. I used PowerAmp to test the Hi-Res capabilities of the phone. It also has a headphone jack on top which I am happy TCL kept.

The phone’s sound for its introductory price is lackluster, it lacks bass and it can be inconsistent, sometimes loud, sometimes quiet. The phone’s speakers feel like it came out of a budget phone and that’s a terrible impression.

I browsed several Hi-Res audio players in Google Play since the default music player does not support it. I found PowerAmp after looking for a recommendation. After it was downloaded, I plugged in my earphones and enabled Hi-Res audio through the app.

Honestly, I was really impressed how it sounded like. It’s loud and consistent, it’s immersive, and has a balance of bass and treble. It feels like surround sound as if you’re in the environment. It’s probably the chip and the app processing the music but I find this part enjoyable that I paid for the full version of PowerAmp. It’s affordable anyway, only Php 150 or say about USD 3.00

The TCL 10 5G is a pleasant experience. With it’s smooth and simple UI, down to the camera and design, the phone gives you a flagship-like premium experience. It is also light and easy to hold. The display is also versatile as TCL gave you several options to configure it to your liking which are usually only done with AMOLED screens.

One thing to note is that the phone only has one slot for the SIM Card and one slot for the MicroSD. I tried and tested how to fit two only for me to realize it’s a Single SIM phone, which may be a disadvantage to others who use multiple SIM Cards for different purposes.

Servicing may also pose as a challenge as even the retailer we bought it from said that, for replacement, you have to go through an authorized service center, which is far away in my area. And since TCL only started in the smartphone game, it’s quite limited.

You can find the full review on TechnophilePH website and a video review of it is available on YouTube. Please consider subscribing and hitting the notification bell.

Advertisement. Scroll to continue reading.
In this article:Reviews 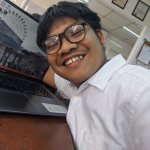 Raphael Briones is a contributing writer at Androidist. He aspires to have a career in marketing, as well as in entrepreneurship, photography, and videography. He currently works as a real estate agent in addition to being a tech writer. He also is very friendly so don't be shy to say 'hi.'

OPPO A57 Review: The Choice of Gen Z

A sophisticated yet deserving essential for entertainment and mobile photography.

Truly a display of style and performance.

Compact in size, complete in features.